Lee Shallat Chemel
Snowbound is the 18th episode of Season 1 of Spin City.

A major snowstorm hits Manhattan, causing a chain reaction of mishaps at City Hall. Mike desperately tries to meet his longtime crush on her last night in the city; Paul accidentally offends the Mayor on the radio; Carter and Stuart are locked in the boiler room; and a nudist is on the loose in the Mayor's office. 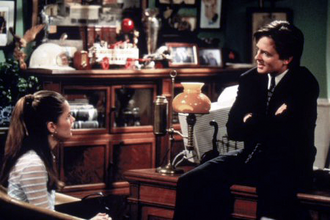 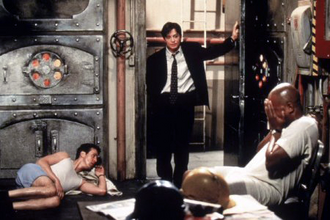 Retrieved from "https://spincity.fandom.com/wiki/Snowbound?oldid=4046"
Community content is available under CC-BY-SA unless otherwise noted.